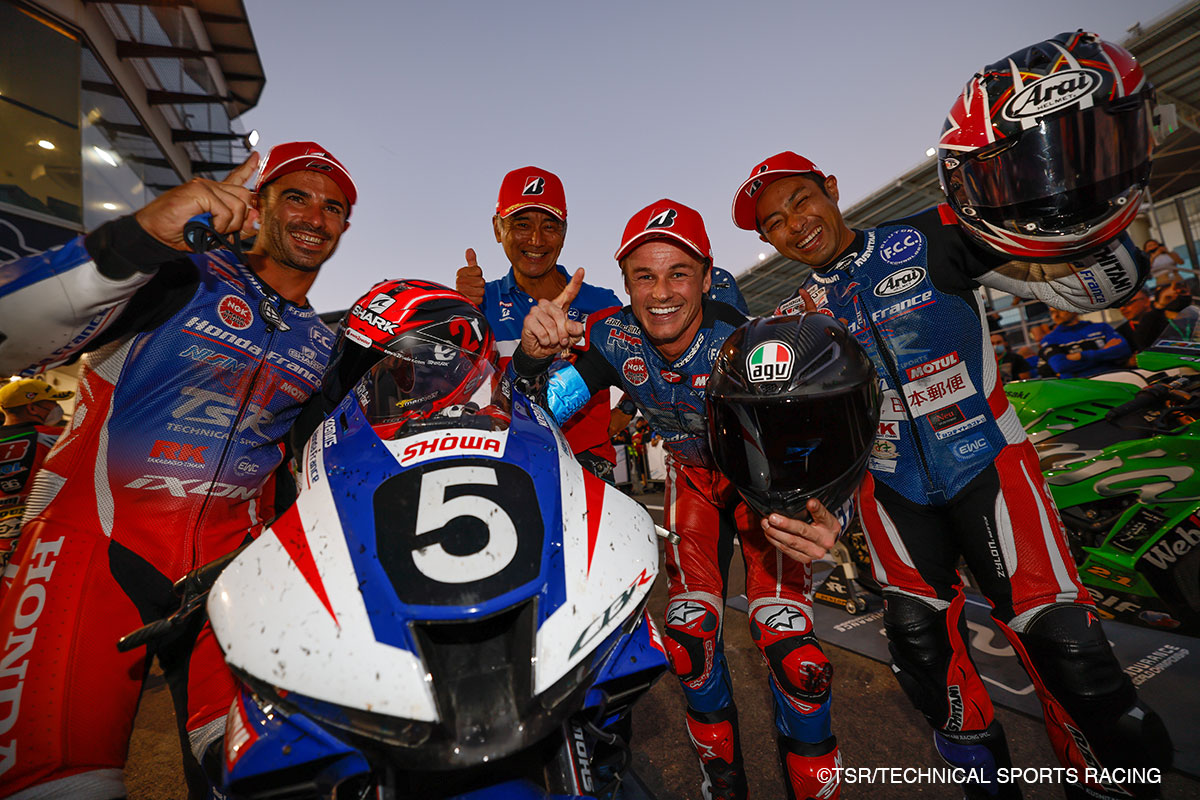 F.C.C. TSR Honda France (TSR Honda France hereafter), who won the 2017-2018 FIM Endurance World Championship (EWC), participated this year as a probable winner. Masakazu Fujii, team manager (61 years old) caught the eye with taking Yuki Takahashi (37 years old) into team since Japanese fans wished Japanese rider to race.
Although they won Rd.2 Estoril 12H, they struggled with other 3 races afterwards and finally season ended with ranked 5th. With this bitter experience, they already have shifted their focus to regaining the V next season. 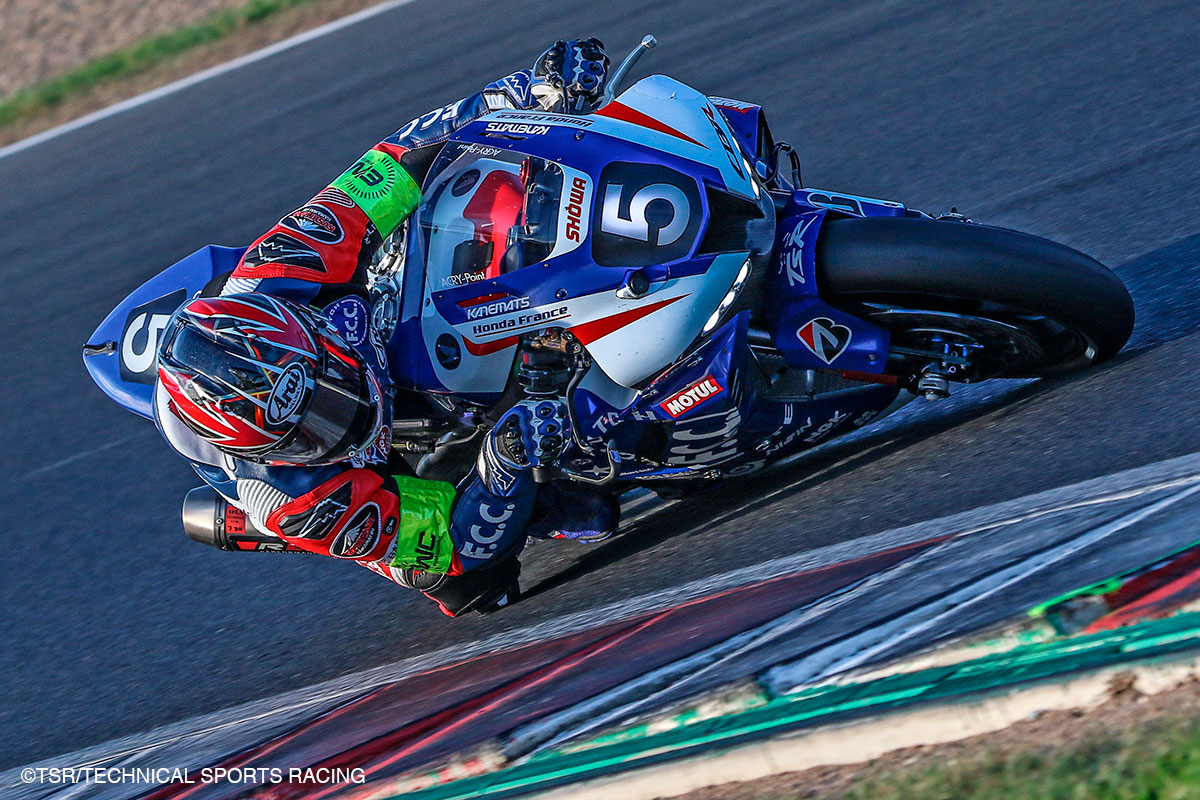 Taking Yuki Takahashi into the EWC Top team, TSR Honda France, has generated in Japan a lot of interest. Of course, not only they listen to the fans voice, but the director Fujii had other purpose to do so. Due to the influence of the new coronavirus, the EWC schedule was revised, and the test situation needed to get adjusted too. In situations where they couldn’t go abroad, based in Suzuka circuit, where team located nearby, Takahashi was given the task of testing “Honda CBR1000RR-R FIRRBLADE SP” (TSR-EWC spec). He is ex MotoGP rider and won the first All Japan Superstock 1000 title (2020). With such great experience he was a new force and attraction for the team.

It is participation in the EWC for the first time for Takahashi, with regular riders JOSH HOOK (28 years old) and Australia MIKE DI MEGLIO (31 years old) France. “It could be last chance in my life, but there is possibility to be able to become the world champion with my very best effort.” He was so enthusiastic.

The opening round at Le Mans 24H, qualified 6th. They were keeping 3rd place during the race, then came up to 2nd due to rival team went out the track. But needed to spend 30min for pit work due to machine trouble, so went down to 6th place. After that, occurred crash and finished the race 9th position.

I was very nervous at first as no idea what is 24H like, although I know up to 8H of Suzuka. We could not become winner same as last year that team wanted but I am glad to complete full race, and I learned how to fight on world endurance race. I found it attractive.” after his first Le Mans 24H battle, Takahashi looked back and talked.

I can say that he felt a real sense of race accomplishment, confidence, and joy.
How much work it took to get to this point, including job done to build-up and setting the machine too. Even just traveling all the distance during a world pandemic how hard it is.
Anyway, the feeling that we have overcome many hardships still comes to my mind.

Rd.2 Estoril 12H was the race that the potential of team was shown. It was Estoril region where strong and cold winds blew but it turned that the wind died down over the weekend, the temperature rose over30 degrees and the road surface was more than 55 degrees, that toughness of heat was like just Suzuka 8H. It was survival race as tyre management was quite hard, falls occurred one after another and so safety cars (SC) several times came in. Then it went into the stressful final stages of the race which the number of pit stops was the key. Among others, Takahashi came up to top and Hook did a stable final stint with recording the highest speed 323.3k/h and took the stunning victory. It was riders’ great job but also made it to revenge their defeat Le Mans 24H with the manager Fujii’s skill. Kimigayo was played on the podium with the Japanese flag on the back. The team managed to move into 2nd rank. 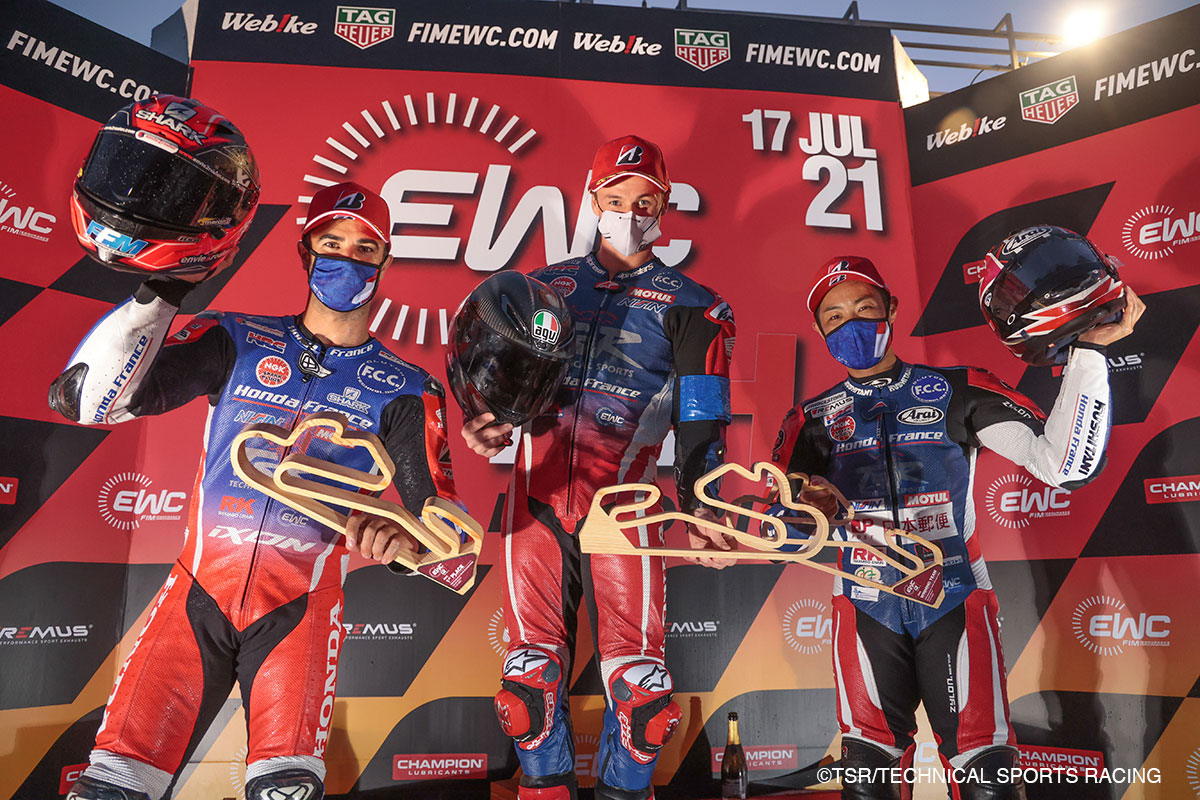 However, the race at R3 Bol d’or 24H, during they were pacing up they had machine trouble and ended up retiring. The dropout of rivals brought them to stay on rank 3rd, but any hope of a come-from-behind title was gone. Then last race at Most-6H, here again they retired from the race.
Now the season was over and they came in 5th place in the ranking. 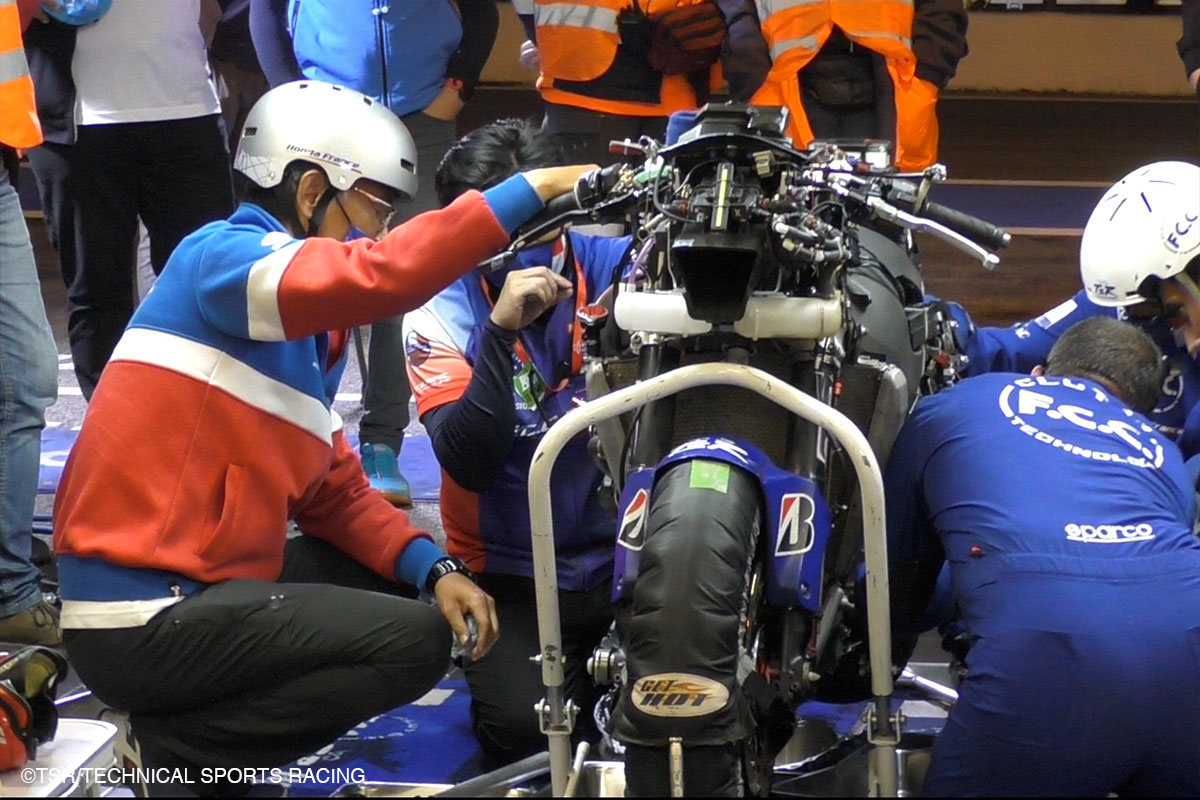 Next year’s race calendar has not been announced yet, but it was already released that Circuit de Spa-Francorchamps(Belgium)would be added, means 24H races will be 3 events at Bold ‘or, Le Mans and Spa which are really tough battle races.

Looking ahead to this, TSR Honda France already made test at Spa. 3 riders joined general sports session for 2days on the Spa-Francorchamps where is with series of difficult high-speed corners in large gradient change. “Speaking of Spa, it is famous Eau-Rouge that is synonymous with it. That was really shocked for me. I know this place by watching F1movie though, the cars were launched steeply uphill into a sweeping series of corners with very high speed. When I actually passed through there with bike, I really felt very heavy vertical gravity, and so does to the left and right of course. I went many circuits around the world, but Eau-Rouge of Spa is something special. It is very thrilling one. Furthermore, distance is 7km, such long one I have never experienced. It seems it is difficult to figure out Spa, but the harder it is, the more fun it is. Anyway, it’s been a very fulfilling 2days test.” Takahashi excitedly gave comment.

“What we are looking forward to now is to improve on what we did wrong this year and to challenge ourselves again. We will continue to do our utmost to repay everyone’s support. My goal for next season is to pass through the checkered flag first in every race.”
the manager Fujii committed do so.

At this moment, EWC has announced that Le Mans (April 16-17) as opening round and Spa-Francorchamps scheduled to take place from June 4-5. In July Suzuka 8H is back, 24H Bold‘or is in September, and if Sepang is set right after that, it should be totally 5 races in series. 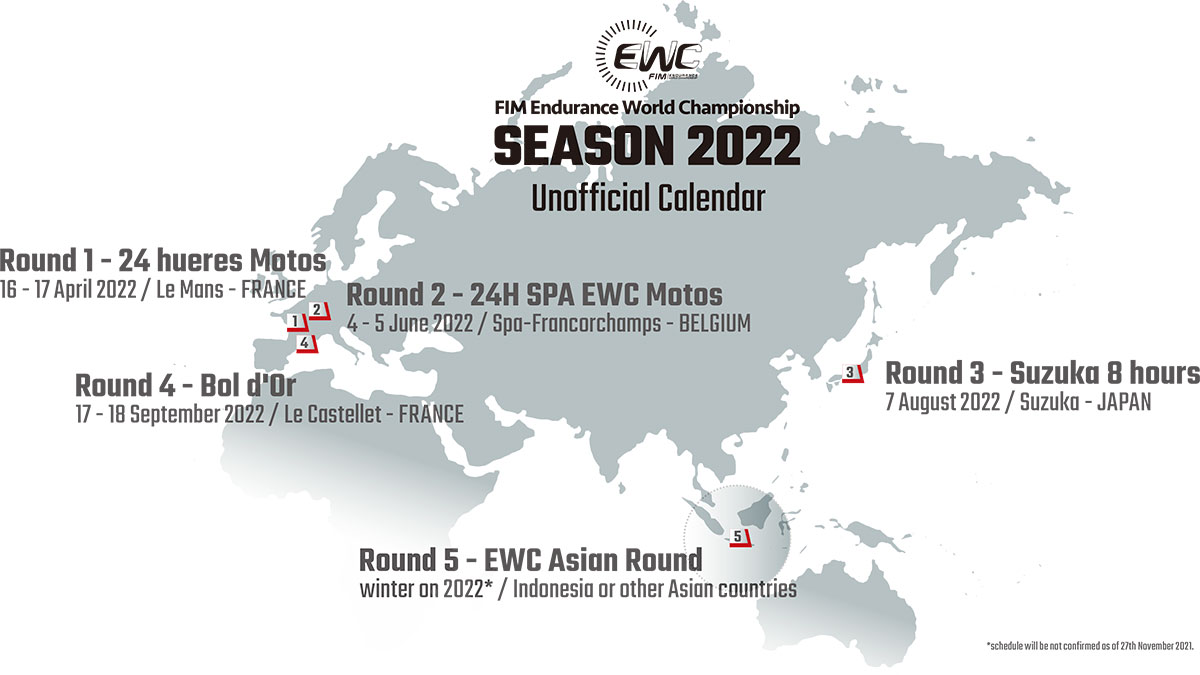 *Note: The EWC and Suzuka Circuit announced on 24 November that the Suzuka 8 Hours will take place on 7 August 2022.