English version of the Yuki’s Interview
in published in Tochu ＆ Chuspo.

Number one on the EWC which Takahashi Yuki challenged to 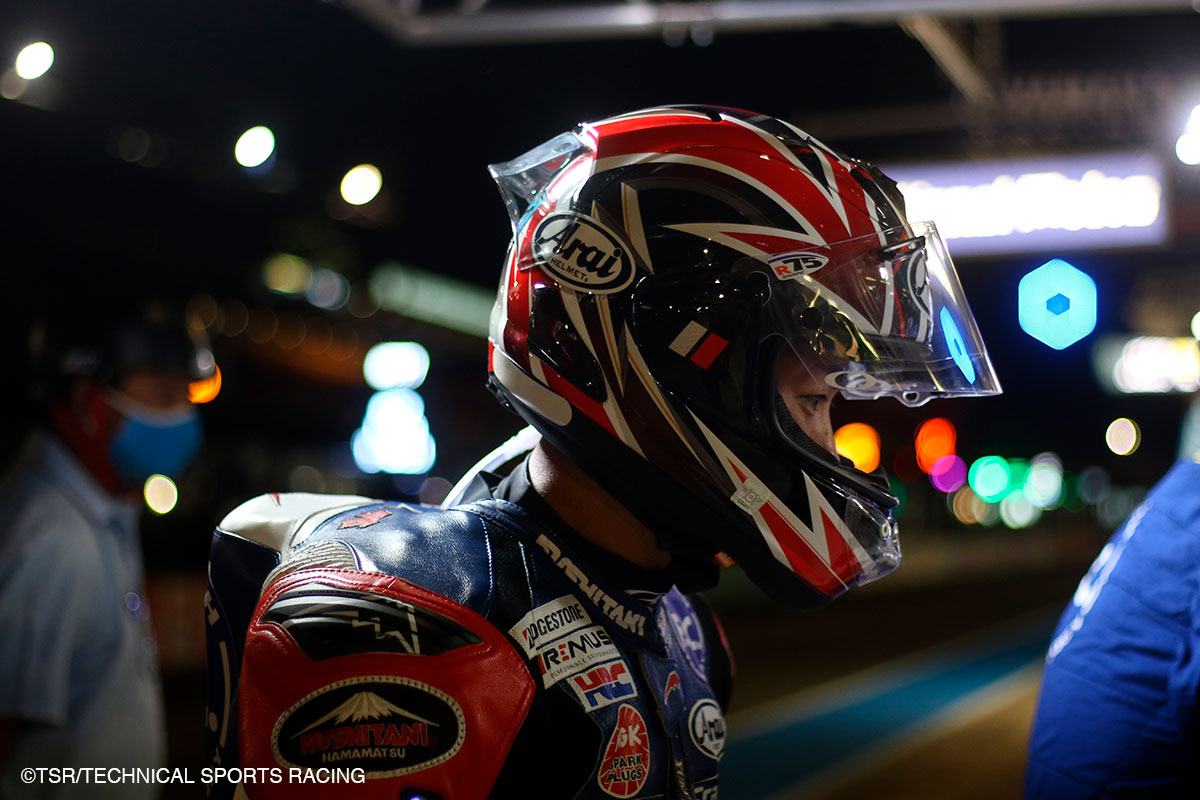 The eighth guest is Takahashi Yuki. On the All-Japan championship, last year he won the first All Japan ST1000 title in the new category introduced in 2000, in the saddle of new CBR 1000R-R with Japan-Post Honda Dream TP. This year attaching number 1, he took part in the race at R1 Motegi. He got a successful victory even with starting from pit lane. R2 SUGO, finished 2nd place. Then he participated on EWC with F.C.C. TSR Honda France (Team Manager Fujii, teammates were Josh Hook and Mike Di Meglio). R3 Estoril 12H (Race Day July 17th) where is one of 4 races in EWC series, won the race. They finished with rank 5th.

– Did you have any trouble with switching to EWC from All Japan championship this year?

Takahashi Yuki:
“TD Teshima of the team I belongs to and the sponsor Japan Post Co., Ltd for All Japan championship, if they had disagreed, I would not take that offer. Thankfully they had understood my thoughts, so it came true.”

– What brought you to EWC?

“It was around summertime last year, Team Manager Fujii Masakazu kindly asked me to help the test for checking parts for Le Mans 24H and I joined. That year’s winter, he came to me and said, if I would assign you as a regular rider, are you up for it? ….. Due to the coronavirus, there were situations where overseas tests could not be done, that’s why, using me Japanese rider was the one of option I guess, but I was happy to hear that. ”

– What was the thing that made you to decide?

“I had a chance to get the title in the world at MotoGP and WSB, but my dream didn’t come true. Afterwards, I was hoping for a chance to go there again, but given my position and environment, realistically speaking, I thought such a thing will never happen. At that time EWC was not in my mind… When I was offered by the world champion team, I realized for the first time that there was a way left to make it. I thought, here is the actual opportunity towards the world champion. ” 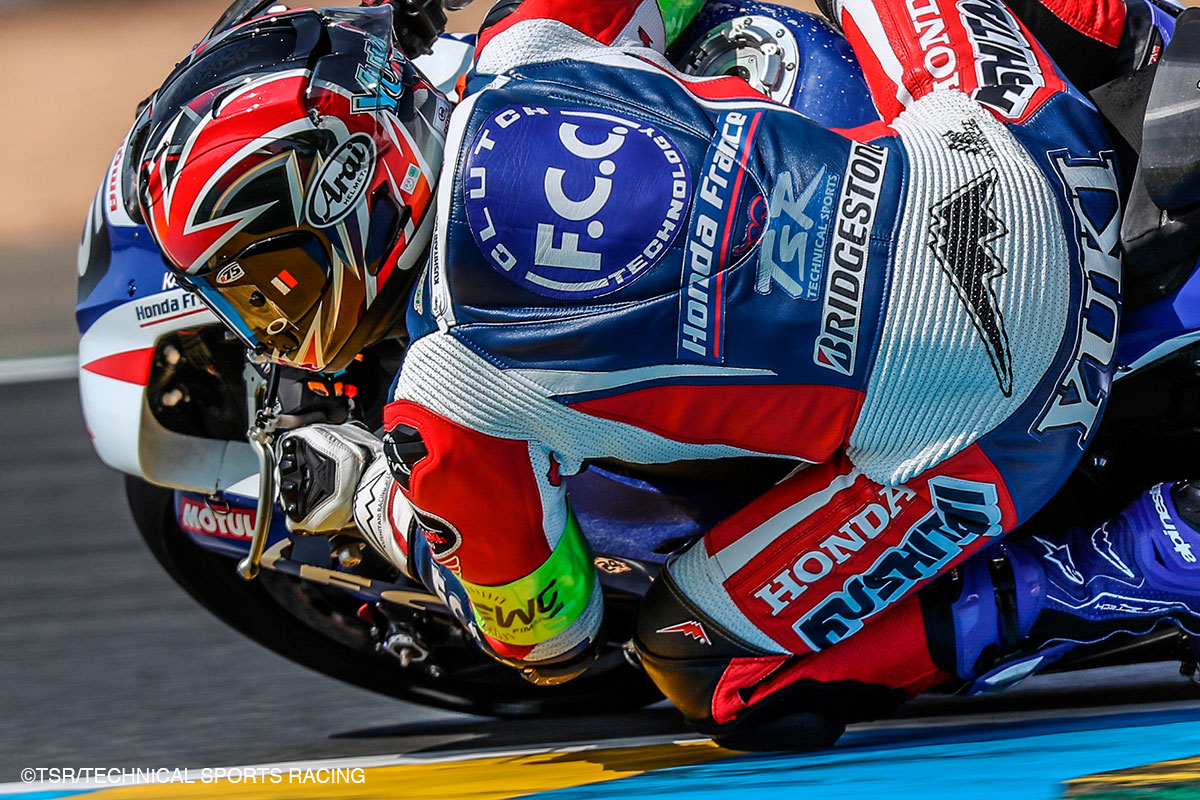 – You raced in EWC, what is your impression?

“EWC was a whole new world to me. The factory team of Suzuki, Yamaha, BMW and famous riders were participating, it looked we wouldn’t go easy. And I had thought that I would always maintain with 70-80% of riding performance to survive the long run, but that was wrong, I was required all laps with 100% ability. I had thought that the pace would go down and easy during the night, but on the contrary some team made faster laptime than daytime, it changed all my mind. It was extremely higher level of race than I thought.”

“I had a trainer who worked at Midori Clinic (at Tsu city in Mie prefecture) accompany me to take care of my body maintenance and to help personal needs. Thus, I had prepared well for the race. But after about8 hours from start, my butt was peeled off and hurt, and next was whole body pain. I was pushed to the limit, and I wondered if I could make it to the end or what. And I couldn’t figure out during the race when was the most efficient timing for taking massage, food, and sleep, that’s why I didn’t sleep well at all. ” 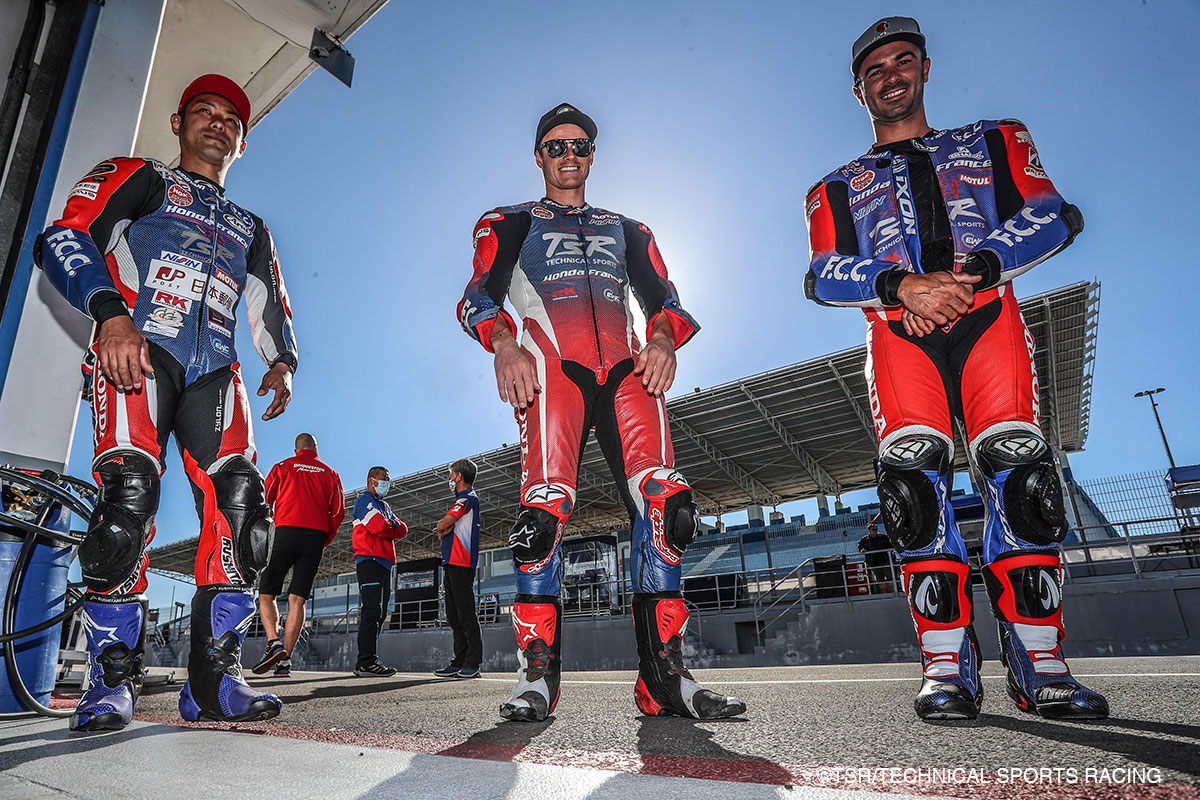 – Yet, you were fast during night too.

“I had made a real target for night. Since then, I found that I could keep riding with almost same lap time as daytime. I learned a lot while riding and I had many new discoveries.”

It is a demanding race with such long 24 hours, that’s especially why, I feel kind of sense of unity was created over the whole circuit as it’s getting closer to the goal.

“Right, I think so too. Heated battle for a position at first but once separated gradually from the group and fell apart and settled themselves on each position in the last part of the race, they were more carefully overtook other riders. So back markers too. There was certainly feeling that is let’s go to the goal together. After the 24H race finished fighting, a sense of togetherness with staff came stronger, and I wanted to share the joyful and thankful even with the team I didn’t know well.I was moved to tears. Because I had various emotion coming up in mind about my first 24H EWC. We had aimed for a victory, but we came to face a lot of troubles, then I realized again it was really demanding race…it meant so much to me. ”

– How about combination with team mate?

“Mike Di Meglio is old teammate who was GP125 rider when I was a racing on MotoGP. Josh Hook, I know him since he participated on All-Japan championship. TSR is mixed team with Japanese, French and Spanish staff though, I gradually became accustomed to a multinational team, and no longer felt uncomfortable. ”

– And the team got successful win at Estril 12H.

“It was a difficult race, but it was like, we did win naturally at end after as a result from we just played own role solidly and kept riding. ” 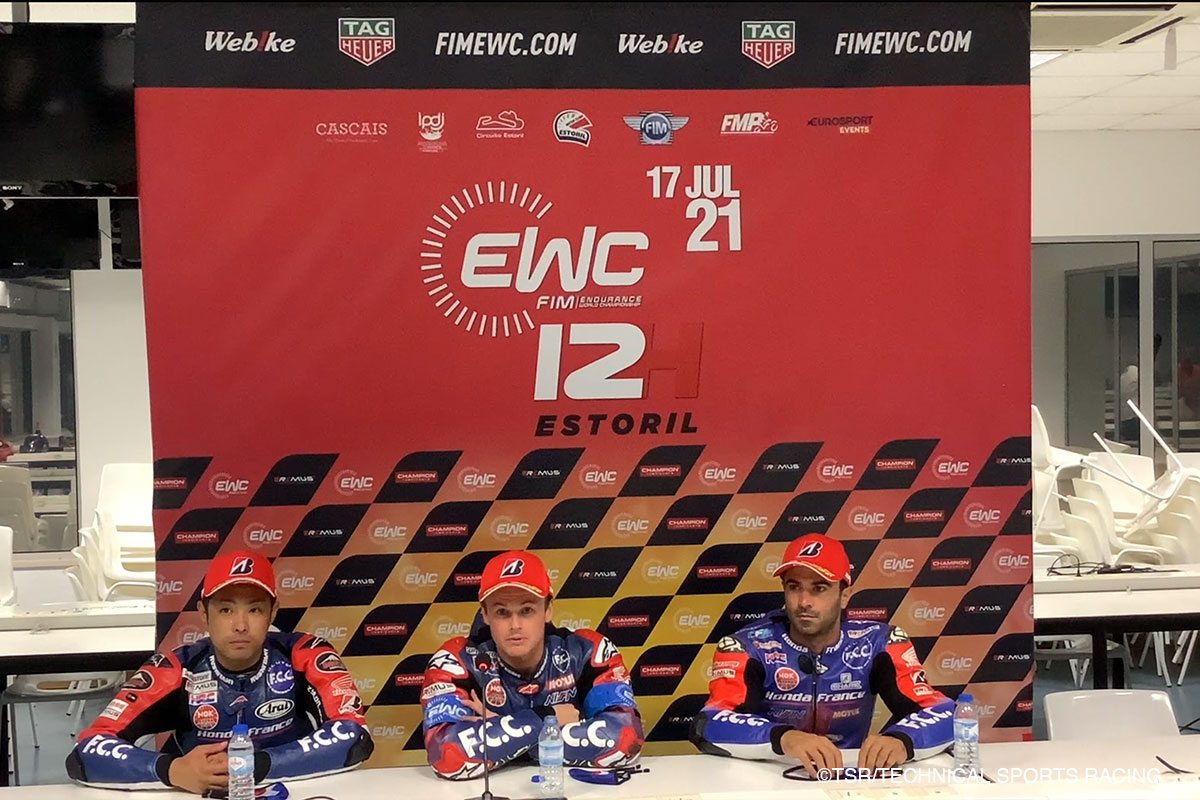 – The Bol d’Or 24H (Sep 18-19th) in this year was one of the toughest in the race’s history, many riders fell and so did Takahashi, but afterwards he caught up in the rain and regained his position, so he was praised with his speed.

“It was a blessed rain for me. I caught up and made up for the position,however we ended to retire due to machine issues, same as our rivals withdrew one after another as they had engine trouble as well. It was disappointing and tough race.”

“I crashed there too.”

– Fujii Team Manager said “The rider crash, it’s all because of team. Yuki was pushed to go to the limit and fell. That was not his fault.

“But…I will make use of this experience next time. ”

– How do you feel now, after you completed the championship?

“I appreciate that I was given the chance to participate. To be honest, I had given up halfway my dream of becoming the world’s number1 though, I am glad that I pursued my dream again, and I felt I could still improve. I wish to challenge if allowed me to try again as I have some regrets. I will strengthen myself and want to go for it. ”

– For next season, it’s scheduled the 24H race at Le Mans, Bol d’Or and Spa-Francorchamps.

“If I have a chance, I want to challenge to be champion.” 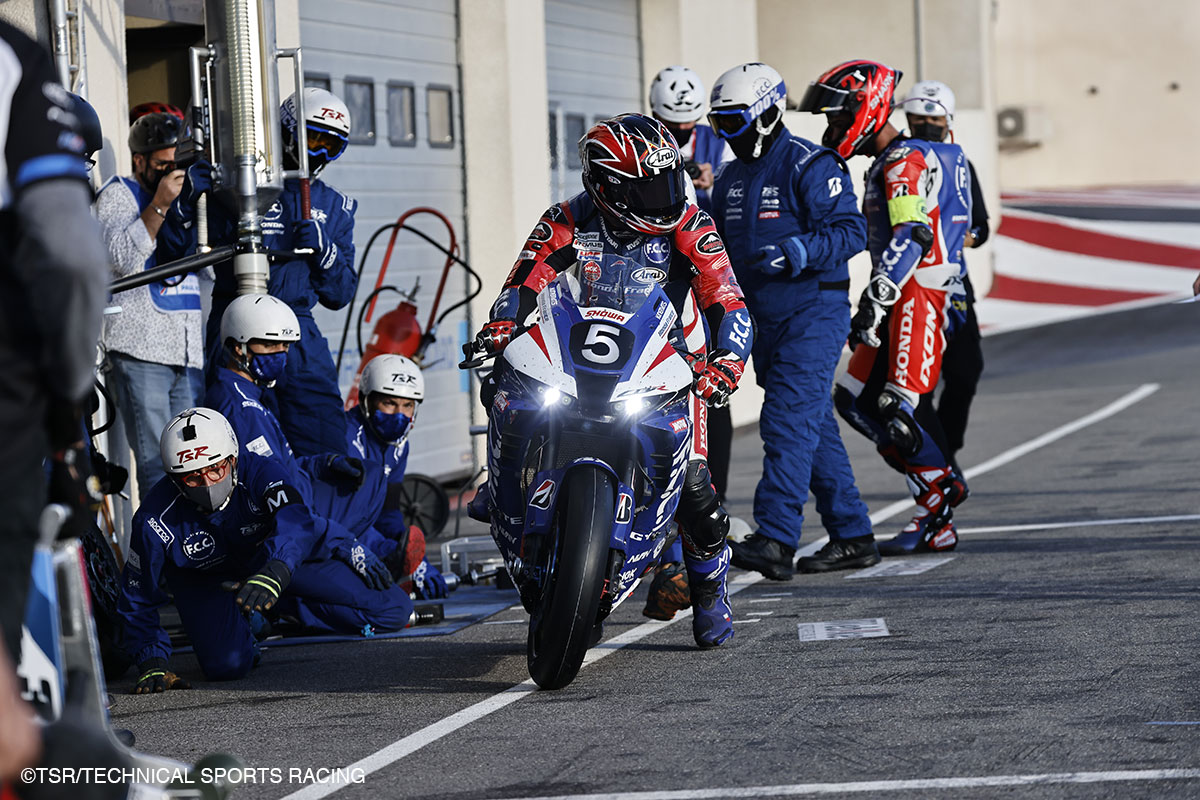 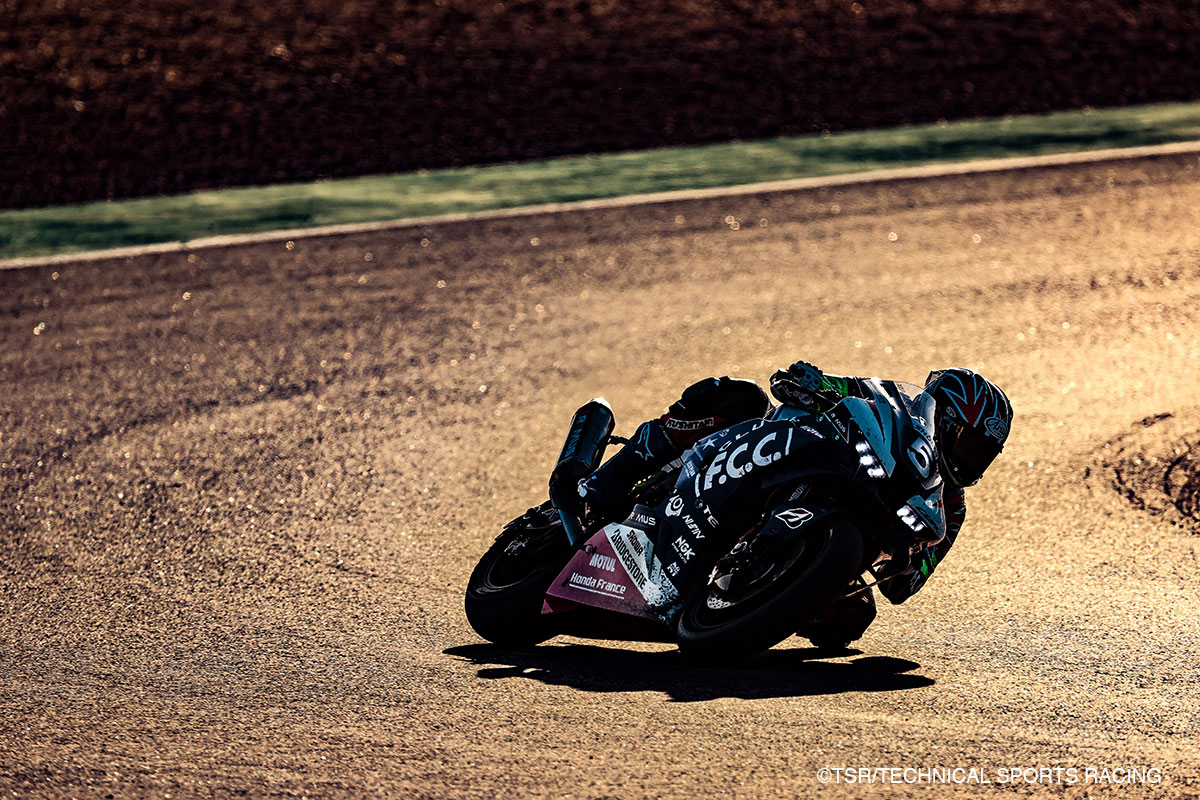